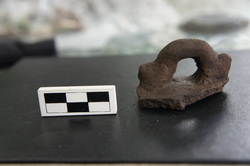 When the Spanish started their search for the Paracale Gold (located in the present day province of Camarines Norte), they encountered a settlement named Tayabas.  According to Spanish descriptions, this settlement has a thriving trade connections as well as rice terraces that resemble the agricultural terraces of the Philippine Cordilleras and Bali.  The presence of the rice terraces prompted E. Arsenio Manuel, one of the pioneers of Philippine Anthropology, to hypothesize that terraces found in the lowlands are “prototypes” of what we now encounter in the Philippine Cordilleras.  While this perspective is yet to be tested, it is clear that when the Spanish encountered the Tayabasin in A.D. 1575, they already mentioned the presence of a terracing tradition. 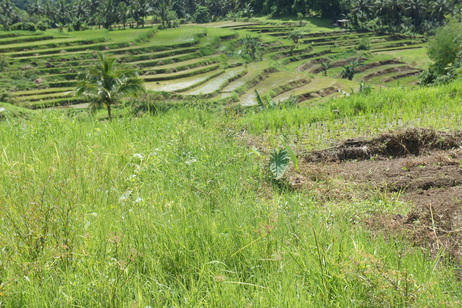 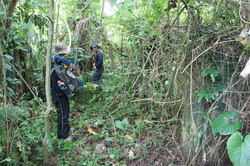 During the period of July 5-11, an archaeological team conducted a preliminary survey of the rice terraces located in Brgy. Dapdap, Tayabas City. The team conducted pedestrian survey as well as several test trenches in the barangay and in the poblacion.  The pedestrian survey discovered a Spanish-era structure about a 100 meters from the old provincial road.  Two test trenches were opened in the structure’s vicinity to look into the locale’s stratigraphy. These test trenches indicate that the structure was constructed in a previously cultivated rice field (tubigan). 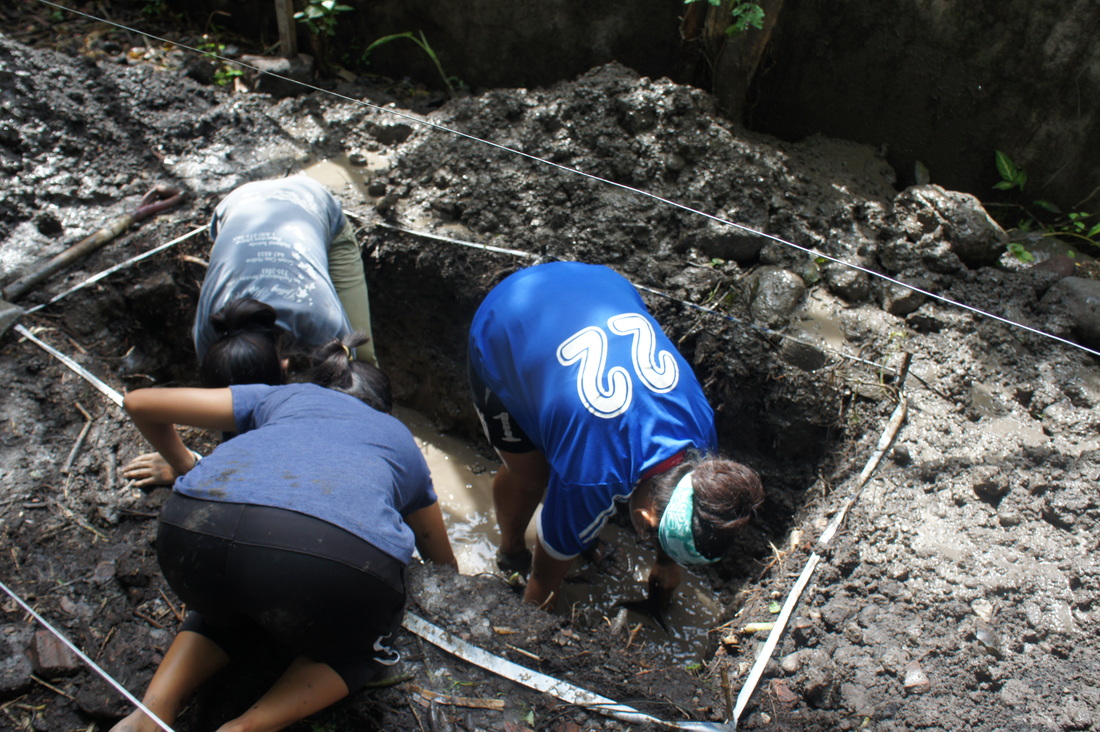